1. How and where can you test your online security? ShieldsUp


Note:
In protecting private information, a firewall is considered a first line of defense; it cannot, however, be considered the only such line. Firewalls are generally designed to protect network traffic and connections, and therefore do not attempt to authenticate individual users when determining who can access a particular computer or network. 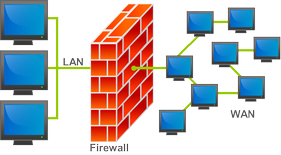 In practice, many firewalls use two or more of these techniques in concert.

In Windows 7, Vista, and XP, software firewalls are built into the operating system. Earlier versions of Windows did not have firewalls built in. Macintosh computers running Mac OS X 10.2 and later are also equipped with a built-in firewall.
Third-party firewall packages also exist, such as Zone Alarm, Norton Personal Firewall, Tiny, Black Ice Protection, and McAfee Personal Firewall, Bitdefender, Kasperspy. Many of these offer free versions or trials of their commercial versions.
In addition, many home and small office broadband routers have rudimentary firewall capabilities built in. These tend to be simply port/protocol filters, although models with much finer control are available. 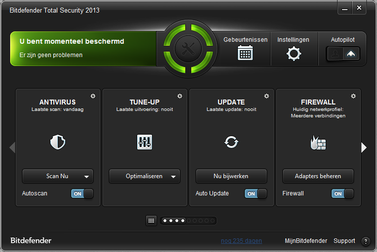 (The information above is adapted from http://kb.iu.edu/data/aoru.html)